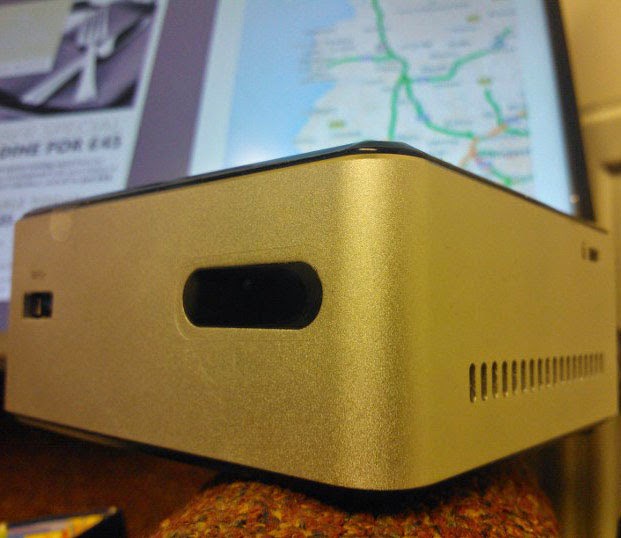 We've got an Intel NUC, one of the DN2820FYK kits - except its really a DN2830 - we use with the Rise Vision platform to run an information display in a reception area. Very nice bit of kit, boots in no time with Ubuntu 14.04 and a Kingston V300 SSD.

(As an aside, we did test with a Raspberry Pi, but it was just too slow. We've got 4 dynamic elements on the screen plus time, date, logo, weather and unfortunately the Pi just kept getting stuck with 100% cpu)

However we need it to shutdown right away if staff press the power button, not prompt with the confirmation dialog. Thanks to maketecheasier we found the following terminal command to sort that:

Press the NUC power button and it will be down in under 5s !

On a home broadband connection one simple way to keep the kids away from dodgy websites - pornographic or security - is to use Norton ConnectSafe. Its a free service and just requires a small change in setup on your internet router. Essentially you use their DNS server settings so if a computer tries to connect to a website with suspicious content, you get redirected to Norton's safe page.

Just had reports in the past couple of weeks of a Kindle device failing to download books and descriptions and reporting that the WiFi wasn't working properly. Then the iPad Kindle app stopped downloading books, just reporting 'Tap to Retry'.

Both worked ok on the WiFi shared off my mobile phone, so it had to be the home broadband setup that was at fault.

As soon as this was updated and the Kindle/iPad network connections renewed (or device rebooted) then they started downloading again. Success!

More details and instructions can be found on the Norton ConnectSafe Configure Router page.

Posted by redleg at Thursday, November 13, 2014 No comments:

Run as Administrator turned on, but greyed out - can't remove

On a Windows 7 Pro PC, in the program compatibility properties for a document management program we use (ie. right-click > Properties > Compatibility) there was a ticked 'Run as Administrator' option causing problems with the program failing to load. Issue was it was greyed out so couldn't be removed, even after clicking Change for All Users and entering the administrator password.

Answer was to start up Regedit and track this key down:
HKEY_CURRENT_USER


There was an entry for the exe, specifying RUNASADMIN WINXPSP3 - so we just deleted the RUNASADMIN term and all was fine again :-)

Posted by redleg at Wednesday, November 12, 2014 No comments: